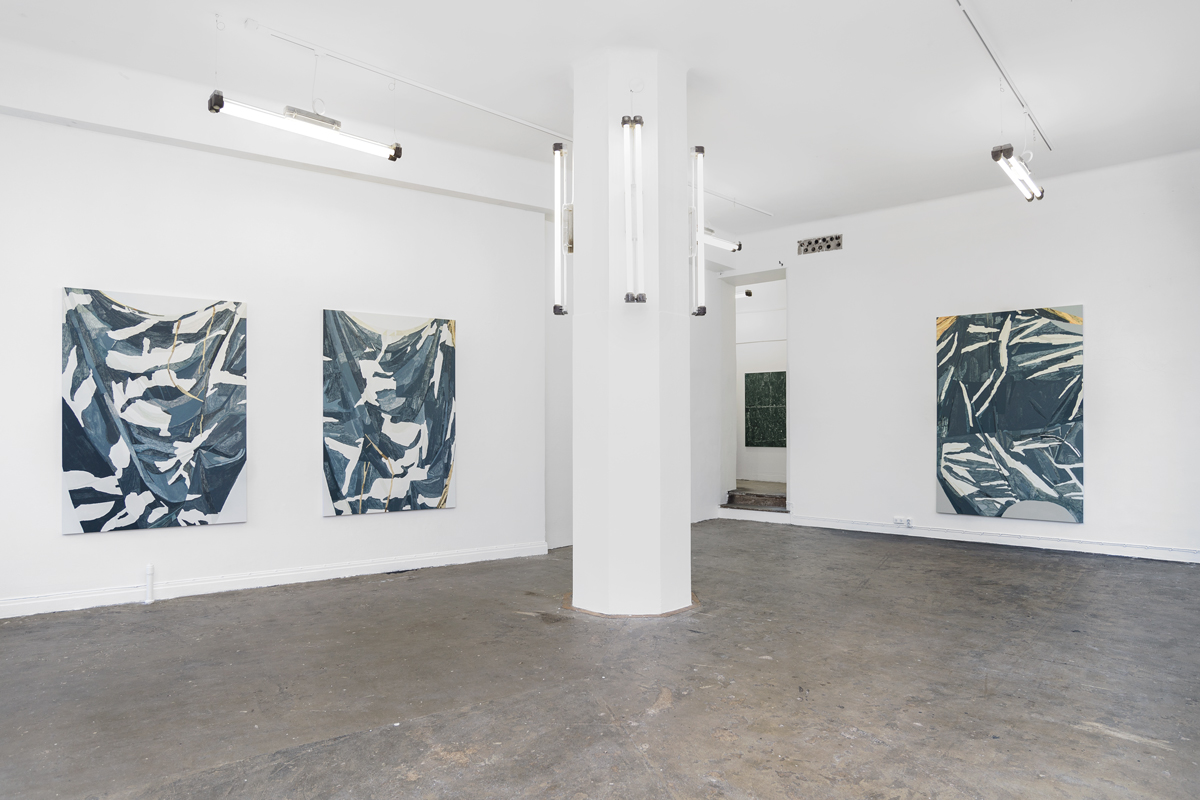 In preparation for Fredrik Åkum’s third solo exhibition at Gallery Steinsland Berliner, we did a short interview with the artist to give you an introduction to the exhibition.

What can we expect from B-B-B-Bootlegs?
The exhibition B-B-B-Bootlegs at Gallery Steinsland Berliner mainly consists of three bodies of work. There will be a couple of paintings from the Shirt series, which is a series of paintings that started off in a personal photograph. This has since been a process more about departing from the photo, on how to work in repetitions and mimic the paintings themselves, try to find a gesture or try to research one’s intuitions within limits. There will be a series of Xerox Dust paintings, which all has their starting point in the dust of copy machines. I will also show a part of the ongoing series Carvings that started to work with in 2014.

We recognize the pattern in your paintings, could you tell us more about that?
Most of my work kind of relates to an earlier work, I think of it as making bootlegs of the work itself. Every time you repeat something you lose something, but also get something new out of it. If I start out with a photograph as a source for a painting, for example, my aim is for the work to end up in an autonomous state, where you don’t need to be aware of the starting point, the photograph. I like to think of the photograph as a frozen moment of something that has happened, the painting seems to me to be the opposite. There is also a quality in the loss of information when there has been a great number of repetitions; it gives a void for the viewer to fill in.

In the series Xerox Dust, do you actually paint dust?
The series Xerox Dust, and Riso Dust comes from my work around copy machines and scanners. When you scan something with an open lid, without something on the flatbed, you often get a black square because the object doesn’t scan anything, and it doesn’t catch the light. This happened several times when I was scanning objects that didn’t fill the whole glass surface. Finding these dust particles in high-resolution images, I started to work with them instead of the actual objects. From that, I started to scan nothing, more and more. I’ve done paintings with this enlarged dust in various sizes, often referring to the scanners glass sizes. For each painting, I’ve done a new attempt to mix black or the lack of light, most often with oil paint, without using black. As a reference to a digital color scape: RGB. That’s why these Xerox/Riso Dust paintings are dark in various blue, green tones. I had a conversation about these paintings with the writer Sara Michaëlsson and Magnus Haglund and pointed out the similarity to the John Cage work 4:33, which is 4 minutes and 33 seconds of silence. Saying that even if there is silence, there is a recording of dust falling on the microphone.

Where did you find the inspiration to do the Carving series?
I started to work with the Carvings series three years ago. I was in a greenhouse, looking closely on a tree trunk which had flat bark, where I found old, tiny carvings; messages, scribblings. They had healed so to speak, they were unreadable and almost abstract. I found it interesting as some of these trees became like public slow growing drawings since the letters and the meaning often were distorted by the tree itself it became something else than letters. Since then I started to photograph carvings in trees wherever I went and used these photographs, or parts of them, as source material for the series Carvings. In the first paintings, I also paid as much attention to the bark itself as the cuts and stayed true to the colors and textures. But in B-B-B-Bootlegs it’s a selection of the more minimalistic paintings, where it’s more about the paint itself, and the carvings. The series has evolved beside the Xerox Dust paintings, with monochrome re-takes in the paints color schemes. 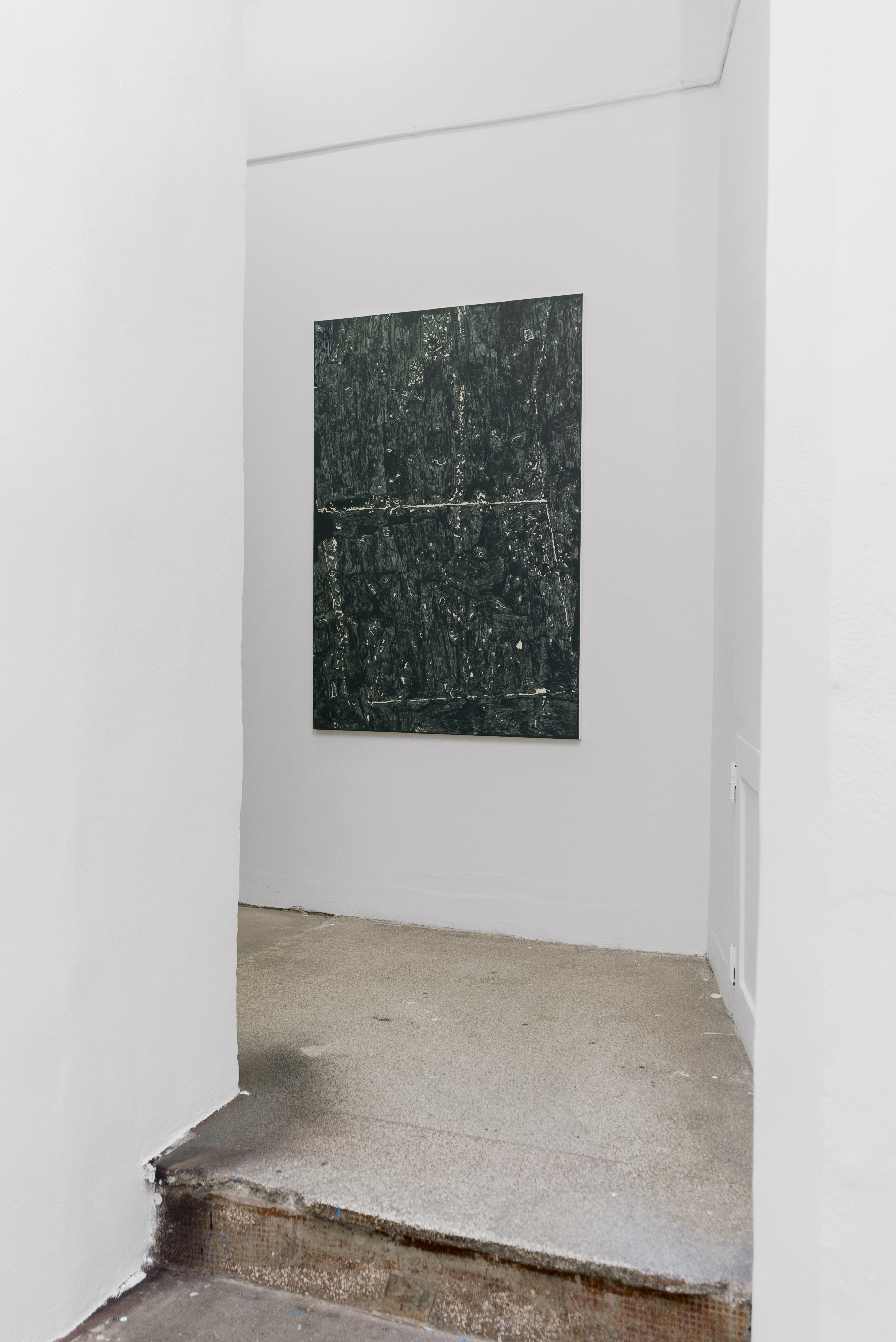